From the Archives: Hitting a Home Run in St. Marys

In June of 2016, the Canadian Baseball Hall of Fame welcomed six new members, including former Blue Jay and Cy Young Award winner Pat Hentgen, along with former Montreal Expo Dennis Martinez. The induction ceremony and fanfare took place in the town of St. Marys, Ontario, home to the Canadian Baseball Hall of Fame and an important centre for aggregate production in the province.

The Canadian Baseball Hall of Fame sits on land that once belonged to CBM Aggregates/St Marys Cement. Tucked away just off of quiet Quarry Road, the Hall of Fame site consists of four baseball fields and the museum, located in a historic farmhouse built in 1868. 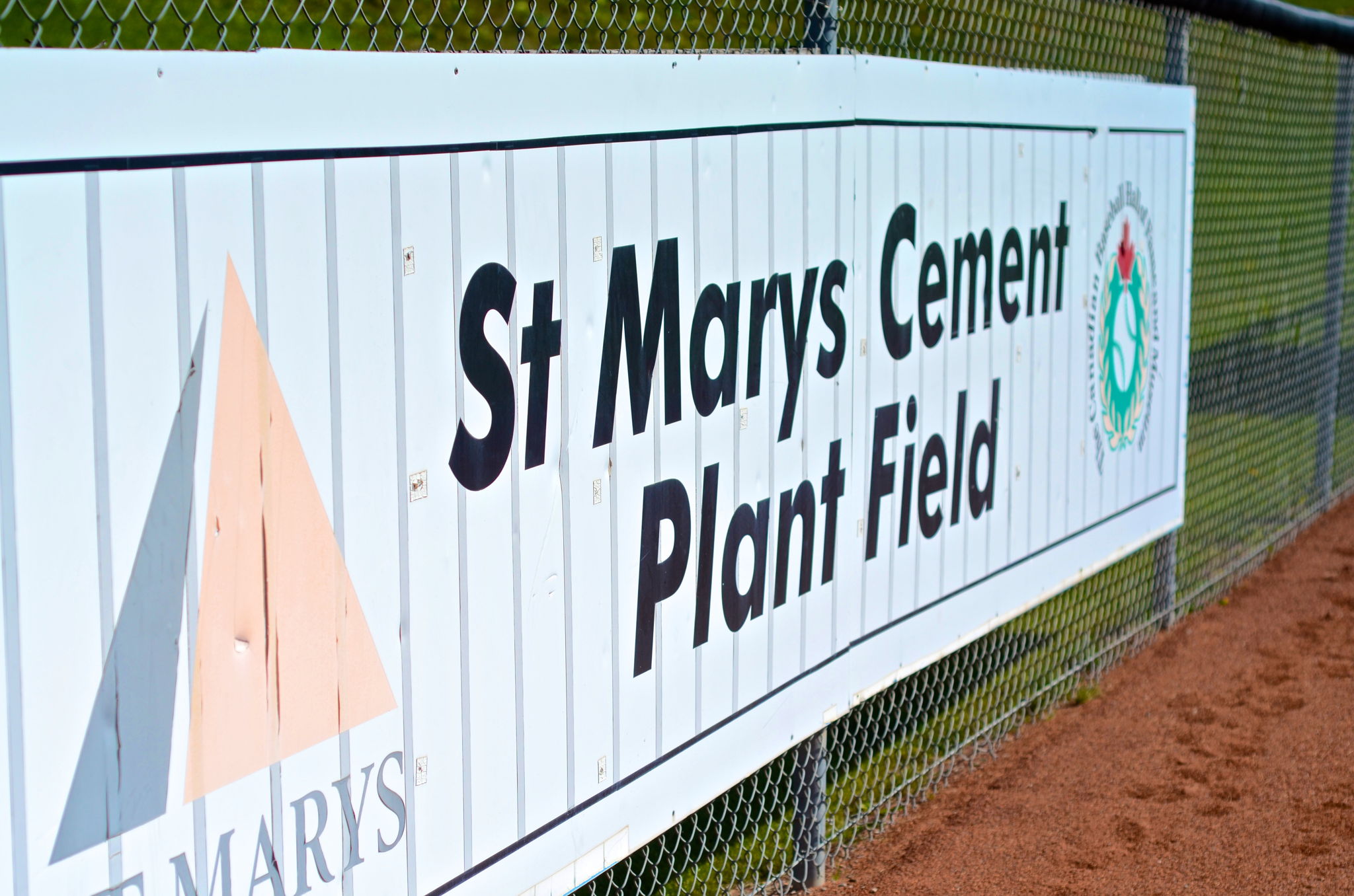 Adjacent to the Hall of Fame is “the Quarry” – a local swimming hole once made famous by Pierre Trudeau during an impromptu visit in 1968. Just past the right field fence of the southernmost diamond you can see the St Marys Cement Plant.

In an article that appeared in the Toronto Star, acclaimed baseball writer Richard Griffith described the scene as you approach the hall: “The Initial view of the pristine baseball diamond far down in an old limestone quarry is right out of a Kevin Costner feel-good movie. You stroll from the parking lot past a quaint white building that houses the museum at the Canadian Baseball Hall of Fame, then crest a hill suddenly gazing down at the wonderful field of Canadian Baseball dreams.” 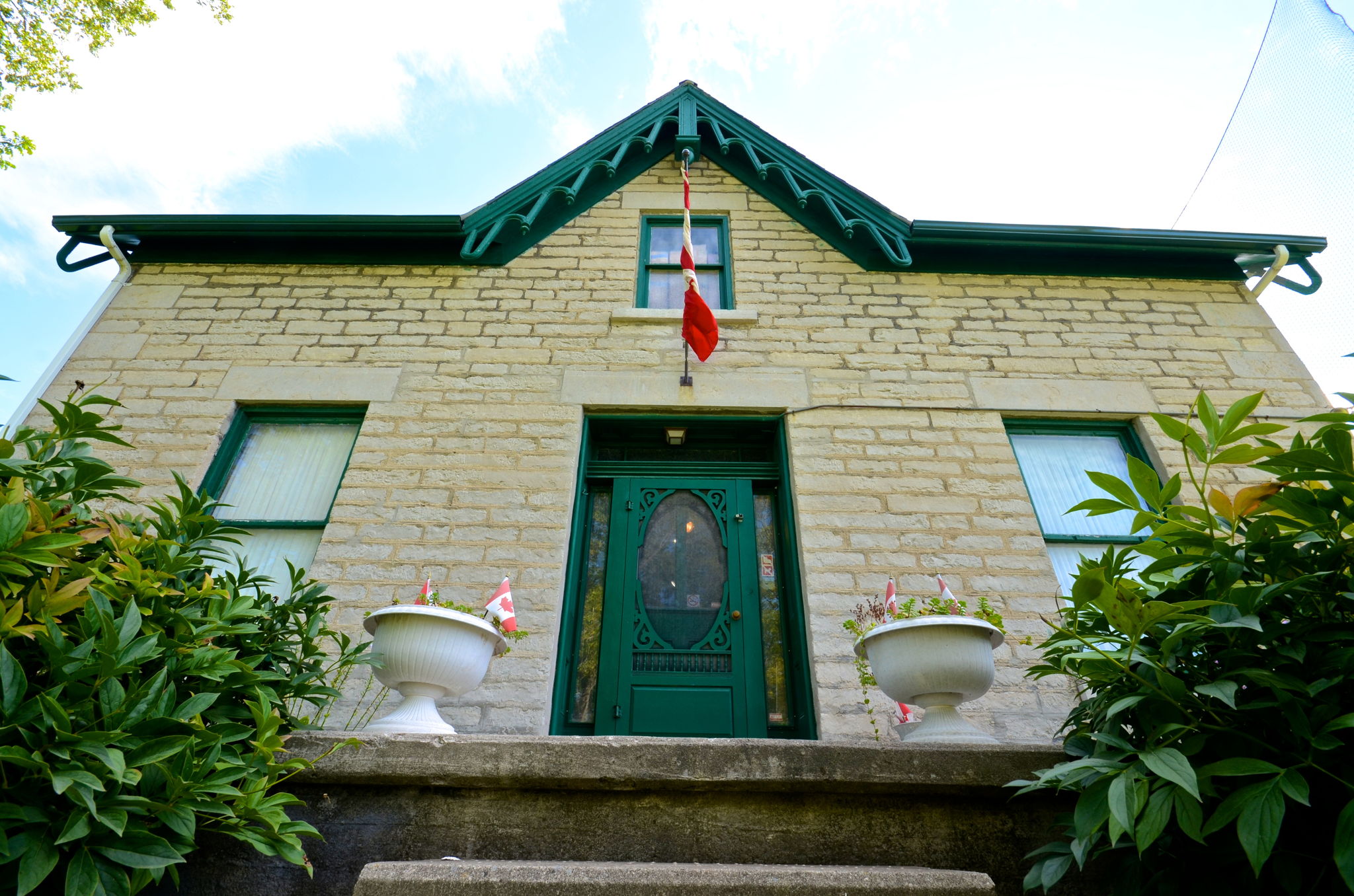 In St. Mars, the Baseball Hall of Fame has finally found a permanent home. Founded in 1983 by Bruce Prentice, the museum was originally located at Exhibition Place in Toronto, and then moved to Ontario Place before closing its door in the city in 1989.

After its closure, its contents were moved to a warehouse where they were stored as the process for finding a new site began. In 1991, the Blue Jays won their division and hosted the Major League Baseball All-Star Game, and in 1992 and 1993 respectively the Jay won back-to-back World Series. This success helped fuel the popularity of baseball in Canada and expedited the need to find a home for the country’s Baseball Hall of Fame.

Initially, 12 cities expressed interest in hosting the facility, with Guelph and St. Marys emerging as the top two contenders. During the 1992 season, which would see the first Canadian World Series champions, negotiations were underway to bring the Hall to St. Marys. On August 25, 1994, it was official, the Canadian Baseball Hall of Fame would move to St. Marys, Ontario.

The reasons for moving to St. Marys were numerous. According to the Canadian Baseball Hall of Fame’s website (baseballhalloffame.ca), “The Hall of Fame is located in St. Marys for two main reasons. The first being the historic reference to the first recorded game of baseball in North America. It took place in Beachville, Ontario (30 minutes south of St. Marys) on June 4, 1838 and was written about by St. Marys native Adam Ford in the 1886 Sporting Life magazine. Adam was also the Mayor of St. Marys and a doctor in St. Marys. The other main reason is the donation of 32 acres of land by the St Marys Cement Company.” 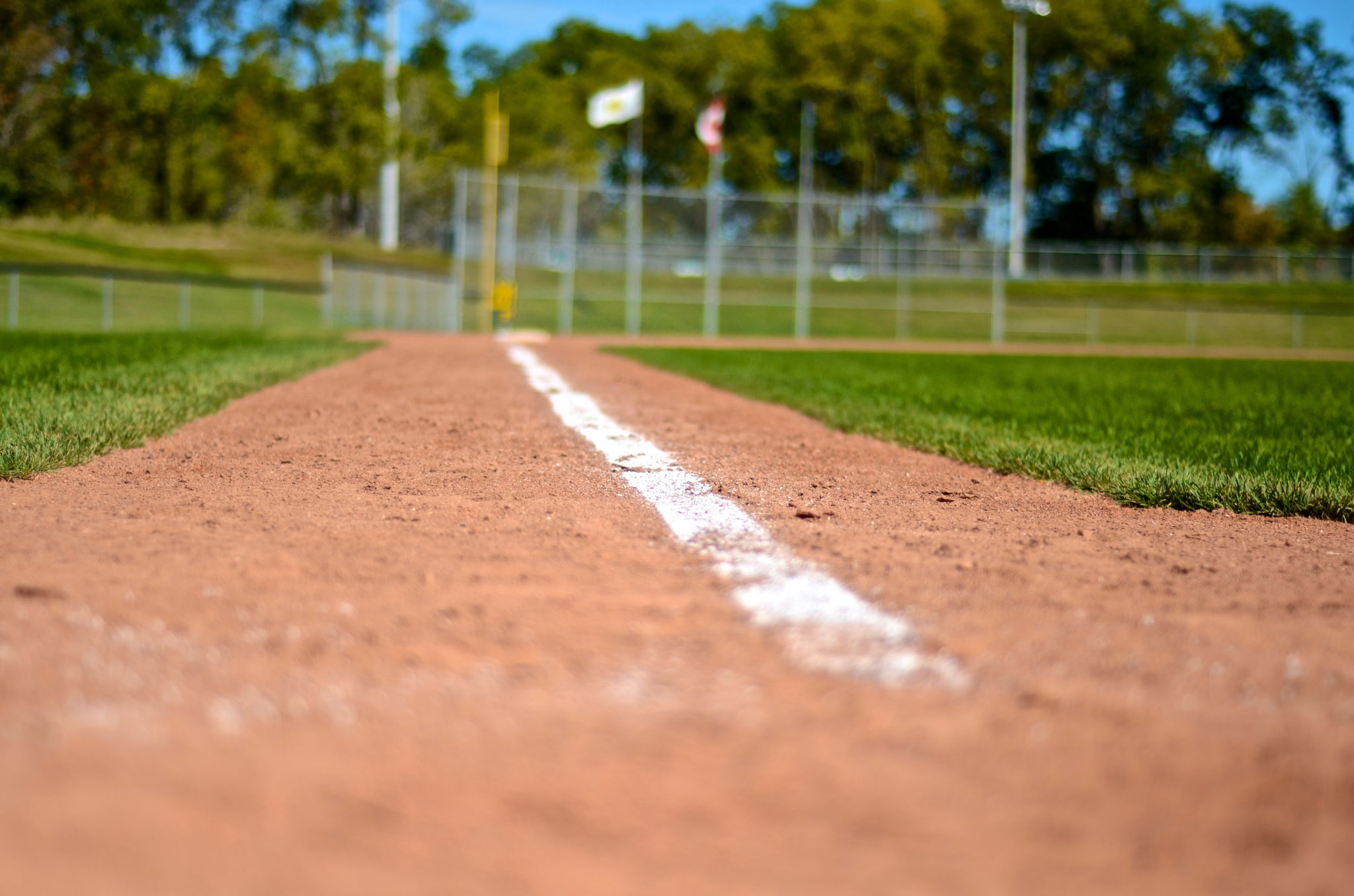 The inclusion of land from CBM/St Marys Cement, now Votorantim, was a crucial aspect of the successful bid. With the land available and a building already on hand, St. Marys did not have to incur any costs or ask for financing as part of the bid.

Votorantim has had a long and prosperous relationship with the town. St. Marys Mayor Al Strathdee has noted that Votorantim plays “a huge role in our community” and called the company’s level of involvement in the Baseball Hall of Fame “tremendous.” He has commended Votorantim’s commitment to St. Marys and noted the cement plant’s importance to the town.

This solid relationship between St. Marys and Votorantim has fostered a productive partnership that helped bring a vital piece of Canadian history to the town. The main diamond on the grounds of the Hall is named the St Marys Cement Diamond in honour of the company’s contribution. 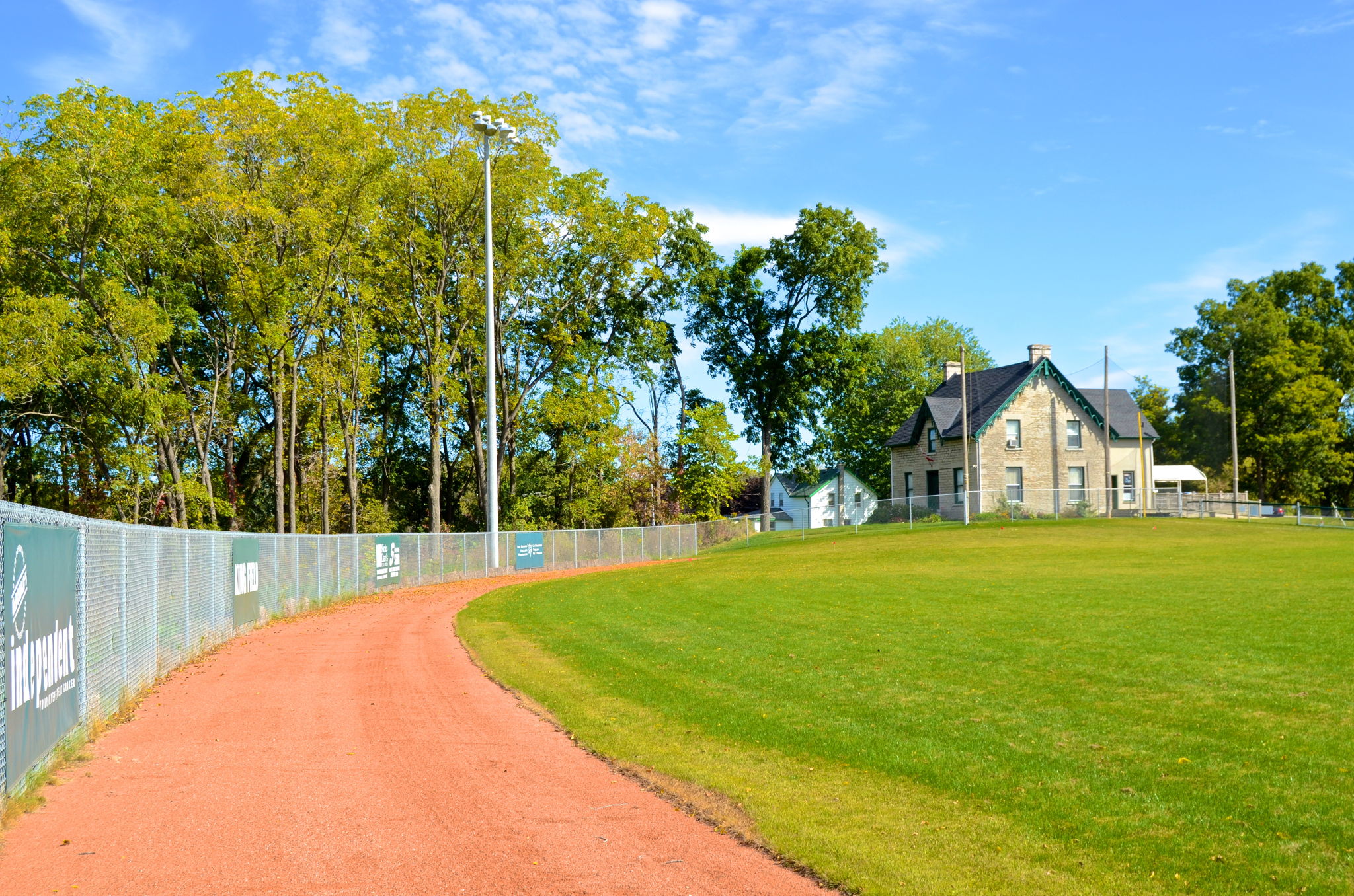 The Hall of Fame officially opened in St. Marys on June 4, 1998, and with time it has evolved and grown. Induction ceremonies now consist of a weekend of celebrations, with a special ceremony and party in the town that bring out baseball fans and families alike. “The Hall of Fame will continue to grow and is an important part of the community,” says Strathdee.

The Hall itself contains important Canadian baseball relics and memorabilia, along with the plaques of all the inductees. To date, inductees include Fergie Jenkins, Roberto Alomar, Tip O’Neil, Gary Carter, Andre Dawson, Larry Walker, Joe Carter, and George Bell, among others.

Visitors are always welcome, and during the summer months they can also take in a swim at the historic quarry next door. 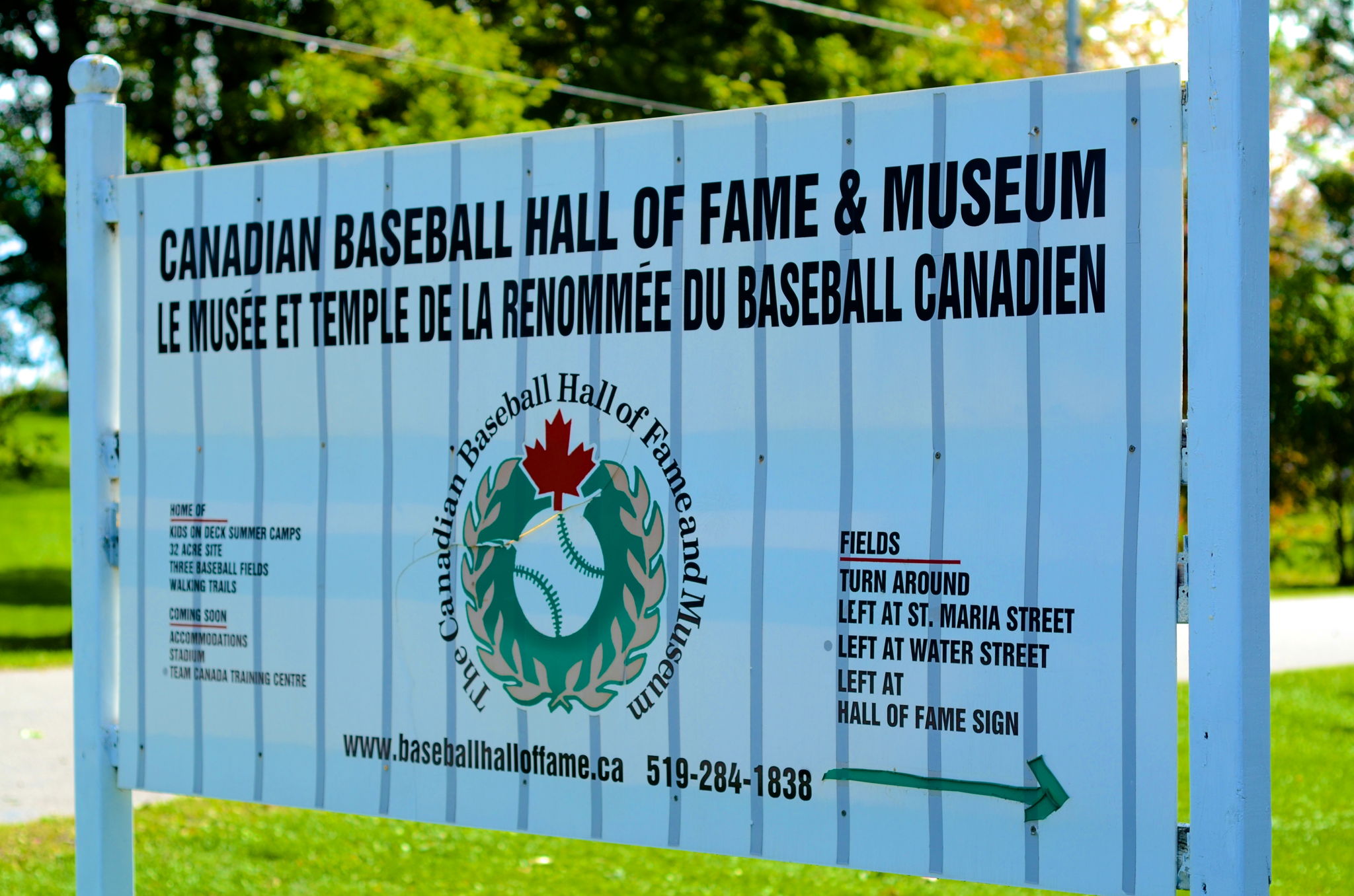 The Canadian Baseball Hall of Fame and Museum is located at 386 Church St. South in St. Marys, Ontario.