In 2005, Waynco Ltd. was approached by the Waterloo Stewardship Network with a request to become a partner in enhancing, restoring and creating one of Ontario’s largest prairie remnants from the tallgrass prairies and savannahs on its property. Soon after, a plan to regrow a Waynco Prairie was launched with a goal to protect and enhance the endangered tallgrass ecosystem and its native plant and animal species.

Over the past 10 years, the Waynco Rehabilitation Project has included prescribed burns, the creation of in invasive species management plan, extensive seeding and planting, seed collection and ongoing monitoring.

The site has also hosted tours for naturalist groups and has been a focus of study for students at the University of Waterloo. Seeds collected from the project have contributed to the restoration of other prairie lands, including a project at the nearby Savannah Gold Links.

Waynco Pit, operated by Waynco Ltd. in the Township of North Dumfries, earned the 2016 Environmental Achievement Award from OSSGA. 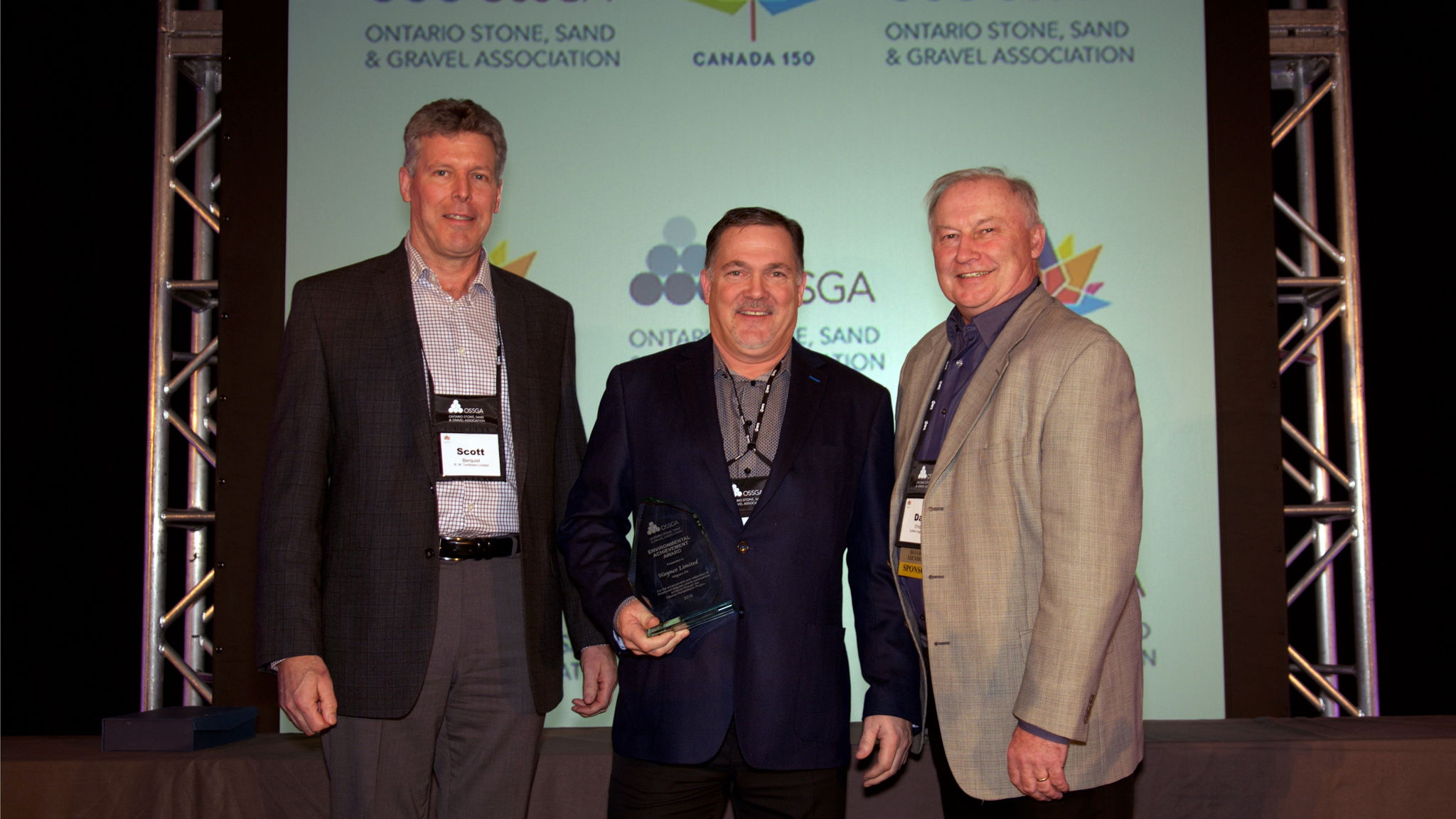 Waynco Ltd. receiving the Environmental Achievement Award at the 2017 OSSGA Conference and AGM in Ottawa, Ontario.

Presented at OSSGA’s 2017 Annual Conference and AGM in Ottawa, Ontario, the Environmental Achievement Award recognizes OSSGA members that have developed and successfully implanted industry-leading policies, programs or projects that make positive contributions to the environment and motivate leadership within the industry.

“Nelson-Waynco is committed to working within the communities we operate to enhance our environmental features,” said Quinn Moyer, President of Waynco Ltd. “This award shows our employees’ commitment to achieving the highest standards.”

The OSSGA Industry Recognition Awards Program recognizes a wide range of activities that contribute to a progressive image of our member aggregate producers and the aggregate industry as a whole. A key goal is to raise the bar in the industry by highlighting operations that go above and beyond what is required by legislation.

“We encourage our members to be sound stewards of the lands on which they operate, and to be engaged and valued members of their community,” said Norm Cheesman, Executive Director of OSSGA. “All of the award winners this year have met and exceeded those expectations.”

Need some inspiration? Look no further than the 2016 OSSGA Industry Recognition and Student Design Award winners!